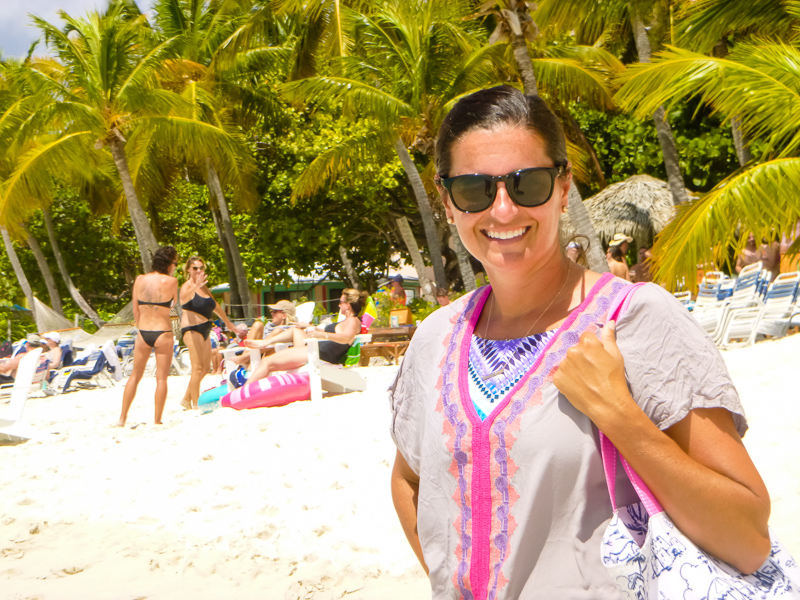 We can’t say we weren’t warned. Everyone who is anyone in the BVI’s knows that White Bay is a total circus. It is probably one of the most picturesque beaches in all of the islands and it is absolutely loaded with tourists. And I mean loaded. Typically it is the kind of place we avoid like the plague. Too many people, too many boats, too much commotion.

We like quiet spits of sand all to ourselves. But, every now and then it only makes sense to branch out and try something new. Off to White Bay we went. Friends were headed that way and had local knowledge of anchor spots and we were lured by the notion of beautiful beaches, the famous Soggy Dollar bar and a night with friends. 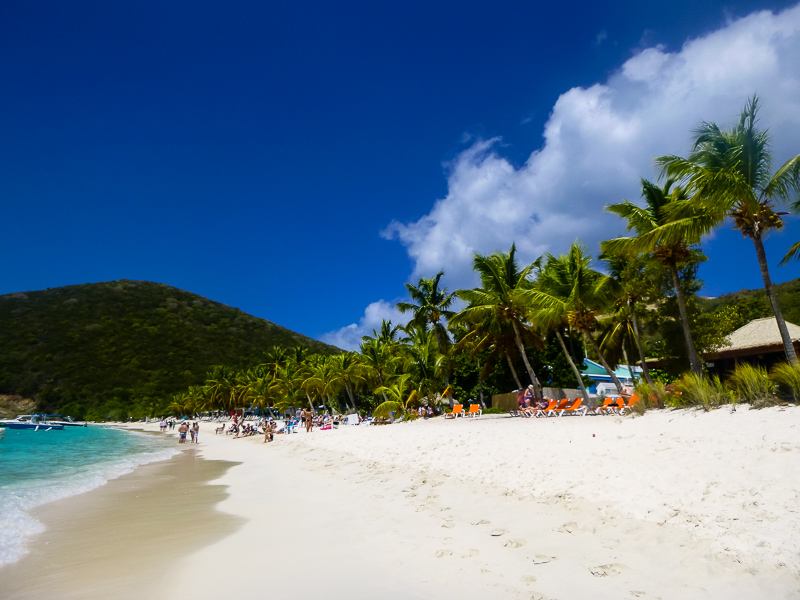 We found a decent spot to anchor and spent the afternoon fending off would-be neighbors that also thought our little anchor spot looked good. By this point in our cruising career I have PhD-level skills in standing on the bow and scowling at boats that think they want to come too close.

We had a fantastic time on the beach with friends that quickly turned into a Full Moon party aboard sv Freebird and laughed our way into the moon rise. All was well and we fell into bed.

The next morning I heard the unmistakeable sound of a bow thruster eerily close to our bedroom window. I popped up and saw a dude trying to anchor pretty close. Clearly I needed to start my scowling early this morning. I mentioned to Bo that they were close and we went up to investigate. After some back and forth with the other Captain we politely suggested they were a bit too close. The six people on board were all applying their sunscreen and clearly ready to hit to the beach for the day. We were afraid we would be babysitting their too-close boat all day and asked that they give us some room. The guy didn’t look thrilled, but next thing we knew they were hauling up the anchor. Sigh. Crisis averted and we went downstairs to make coffee.

A few minutes past and I popped my head out again to check on things and they were seconds away from slamming into our bow. I yelled for Bo and he took off running to the front of the boat – coffee abandoned. Bo never gets too worked up about these things, so to see him moving quickly was my signal that it was dicey.  By the time I arrived up front with a fender the other boat was already tangled up with ours. The Captain was clearly out of his league and Bo was shouting directions to him on how to manuever while the rest of their crewed looked on passively. It was incredible they way they all sat motionless while repeatedly hit our bow.

In the end, all was well and no damage was done to us. Their charter boat was a bit chewed up by the encounter with Selah, but that is not our problem to handle. The poor Captain was shaken up and came over to inspect and apologize later and it really was the best possible ending from our perspective. The poor guy was out of his league, on an unfamiliar boat, and obviously didn’t have anyone helpful aboard – a pretty classic picture of a charter captain.

We spent the rest of the day with an close eye on Selah from our patch of sandy beach while we people watched. Jost Van Dyke is one of our favorite islands, but we will probably avoid this particular bay for awhile. The entertainment value was high, but so was the price of admission as charter boats zoomed in and out and anchored WAY too close to each other. Just another day in paradise! 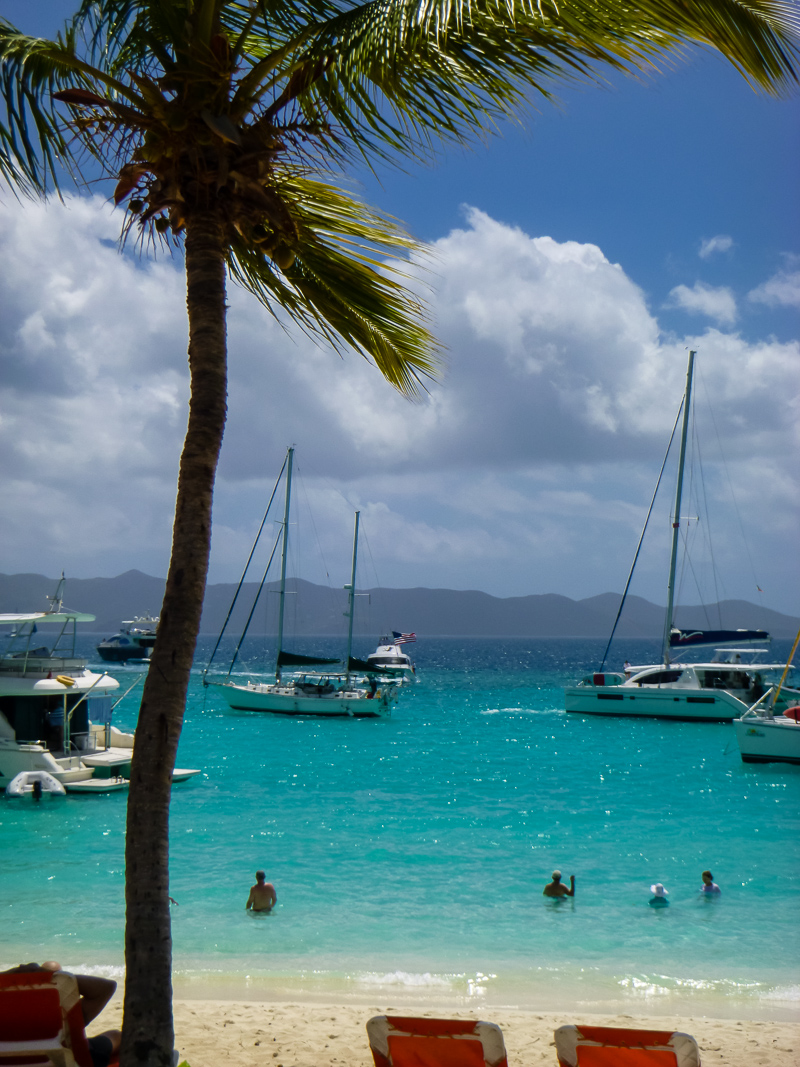