Allison is far from a sailor. Equestrian? Absolutely. Missionary? Yep. COO for budding start-ups? Double yes.  But Sailor? Heck to the no.

I was firmly landlocked and planted until May 2014. Then the handsome Captain you see below captivated my attention and suddenly sailing became a thing. A thing I thought that maybe I could enjoy.  See, I grew up boating, loved water and water sports, but had never spent any time on a sailboat. (Unless you count one random Christmas sail in CA, which I don’t…)

Bo introduced me to the wonderful world of sailing during the summer of 2014 and I fell in love. With him and his sailboat. It was a package deal kind of thing, so I didn’t have too many options. Before we dated I knew Bo had it in his heart to sail around the world and I was his biggest cheerleader. I spent a few years traveling the world myself and couldn’t be more excited for him to meet amazing people, eat crazy foods and have his heart and mind expanded in ways that only traveling can do. I just had no idea when I was doing all that cheerleading that I would be going with him.

As a 20 year old, I left college for a semester to go sailing. I’d never done much sailing before, and what sailing I had done was on lakes. For 8 months I lived aboard a 25′ sailboat and sailed alone from Alabama to Key West, Florida.

When I returned to college that fall, I made myself a promise. If I turned 28 and wasn’t married with kids and a house and all that, then I would go sailing again. But this time, it’d be around the world.

Remembering this years later, in 2011, I called up my boss on my 27th birthday and explained I was quitting to pursue #31 on my bucket list—sail around the world. Had you asked me then when I would begin the trip, I naively would have told you “about a year and a half.”

A few years have since past, and in the meantime I’ve been able to take advantage of several incredible opportunities personally.

I graduated from the University of Georgia in 2005, and after a brief stint at the Atlanta Braves Radio Network, I pursued a career in video production. I was fortunate to find a role with a videoboard company based in South Dakota, Daktronics Inc., where I developed a specialty in videoboard production.

Selah is the 42 ft Brewer Sailboat that will take us around the world. She is younger than Allison, but older than Bo – which puts her in her mid 30’s…the perfect age for sailing.

I (Allison) am certain there are all kinds of technical details that I should tell you about the boat, but I am still learning what aft, starboard and port mean, so for now let’s just say she is great. She floats, only smells mildly of mildew and has 1 flushing toilet. I am told the other one will eventually flush, but beggars can’t be choosers. There is running water, enough electricity to have a 3 inch fan blow air on us at night and the promise of adventure. What more could we need?

I personally would love fine linens, an ice maker and a washing machine – but again, don’t get greedy. She offers us the promise of skinny dipping in multiple states, oceans and bodies of water, the opportunity to practice honest communication on the daily, and regular helpings of tuna tartare, whatever the hell that is…

All in all – the first year, or six, of marriage is bound to be interesting as we live together in our 200 sq foot floating abode.

I was in Florida being disappointed by a few boats that were actually in my price range, when I got an email from a buddy with the link to this fancy 42′ yacht twice my budget. I figured I’d go check it out just to see what a nice boat actually looked like. What could it hurt?

I met the owner at the dock and hopped on board. When I stood behind the wheel and looked out across her towards the marina, every other boat vanished and all I could see was open ocean.

I knew immediately. This was the boat that would take me around the world.
After a few trying months, she became mine.

Her name is Selah, and she’s a 42′ cutter ketch sailboat designed by renown boat designer Ted Brewer, built in 1984 in Fort Myers, Florida. She’s a solid ocean-going boat that spent 2005-2009 sailing her previous owners all around the Caribbean.

After spending the last 3 years fixing her up and performing upgrades, she’s again ready to sail the high seas.

The Time Has Come – Headed Home

Today is our last day in the Bahamas and we are completely torn. Every day this week we have gone back and forth about if we are ready to head back to the States or not. Sometimes yes and sometimes no, for various reasons. Multiple times we have very strongly...
Read More

Our Favorite Spot in the Bahamas

We parted ways with Ruby Rose after a few days on Long Island. We set our sails north and east about 15-20 miles and set out to explore Conception Island. We had heard rumors about this beautiful place, but nothing could have prepared us for what we saw. Hands down... END_OF_DOCUMENT_TOKEN_TO_BE_REPLACED 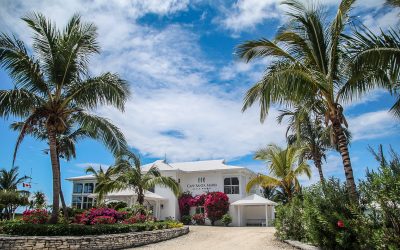 We Wandered Long Island on our 2nd Anniversay

We pulled out of Atwood Harbour early one morning and sailed most of the way to Clarencetown, Long Island. We have been on Long Island before but had never explored the southern end of the island, so this was our time time in Clarencetown. It had been at least a week... END_OF_DOCUMENT_TOKEN_TO_BE_REPLACED 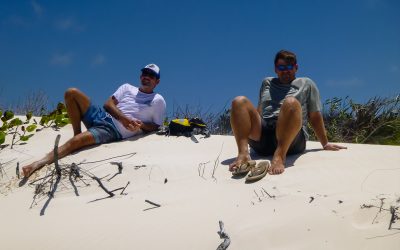 Two weeks ago (we think…the days run together…) we sailed out of Turks and Caicos bound for the Bahamas. As you know, we made it! We made a few stops along the way (Plana Cay and Mayaguana) to check in the country with customs, have some sleep, check the... END_OF_DOCUMENT_TOKEN_TO_BE_REPLACED
« Older Entries